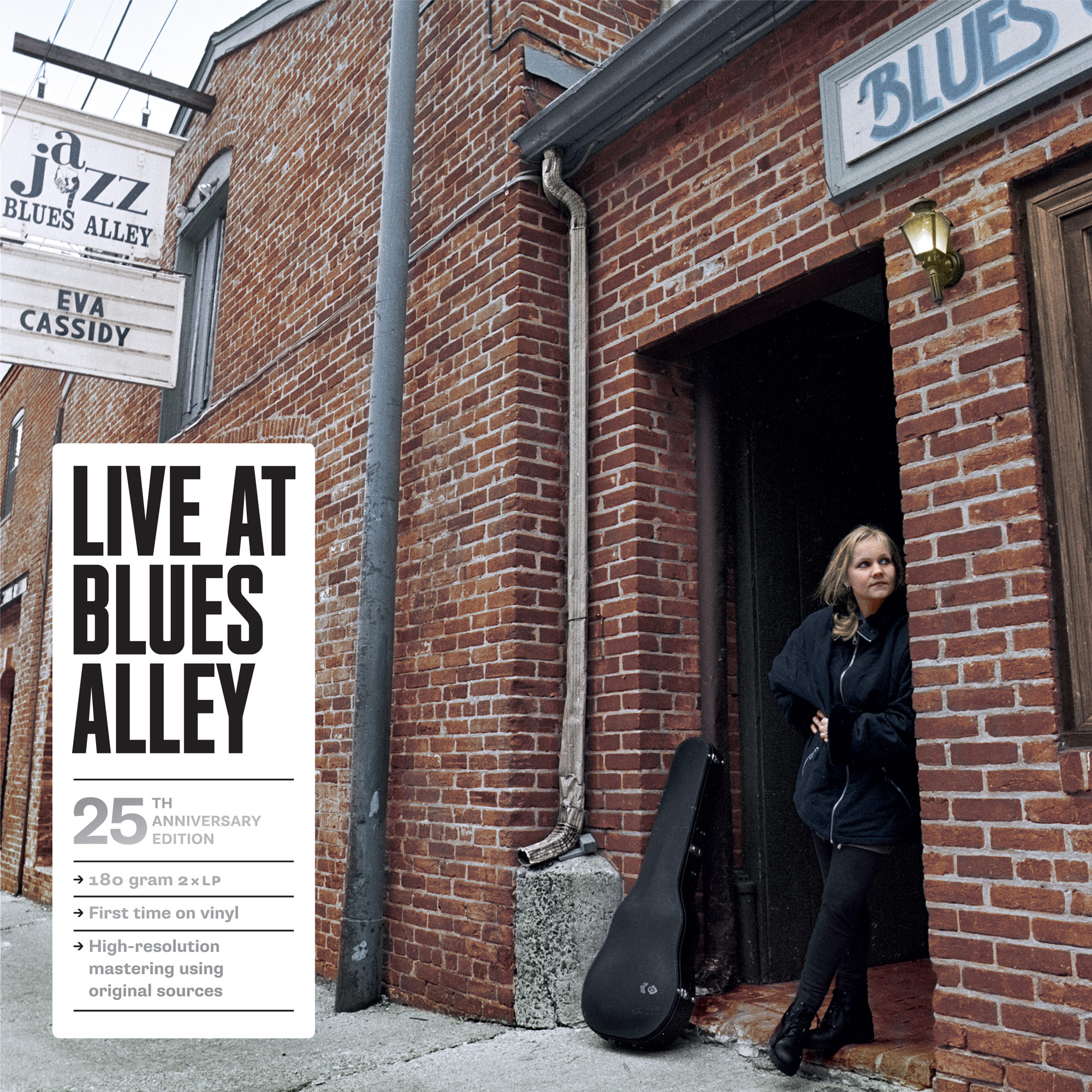 LIVE AT BLUES ALLEY, the only solo album released during the late singer Eva Cassidy's short lifetime, released on December 3, 2021 as a specially remastered 25th Anniversary Edition from Blix Street Records. Available in CD and digital formats as well as a 180g 45rpm double LP set created to fully showcase the recordings' phenomenal sound. This marks the recording's first appearance on vinyl.

25 years after its release in the summer of 1996, LIVE AT BLUES ALLEY is known the world over, becoming the cornerstone of a posthumous career. To celebrate this milestone, the original album recordings have been carefully re-mastered by Robert Vosgien, who mastered the original album, from the "first generation" unprocessed mixes. Vosgien elected to master in the digital domain to preserve the clarity and dynamics of Eva's incredible vocals, which now, more than ever, transport the listener back to the time and place.

With more than 11 million in worldwide sales and critical acclaim such as the Wall Street Journal praising her "perfect pitch, impeccable timing and vulnerability" and USA Today citing her "emotional ability to reach the depths of any song," her unerringly tasteful sense of material continues to propel interest in her recorded work all these years later.

LIVE AT BLUES ALLEY -- 25th Anniversary Edition follows the release of the documentary "Eva Cassidy - One Night That Changed Everything," which details the events of January 2 and 3, 1996 via interviews with her band members in the Blues Alley venue while viewing footage from the original concert. 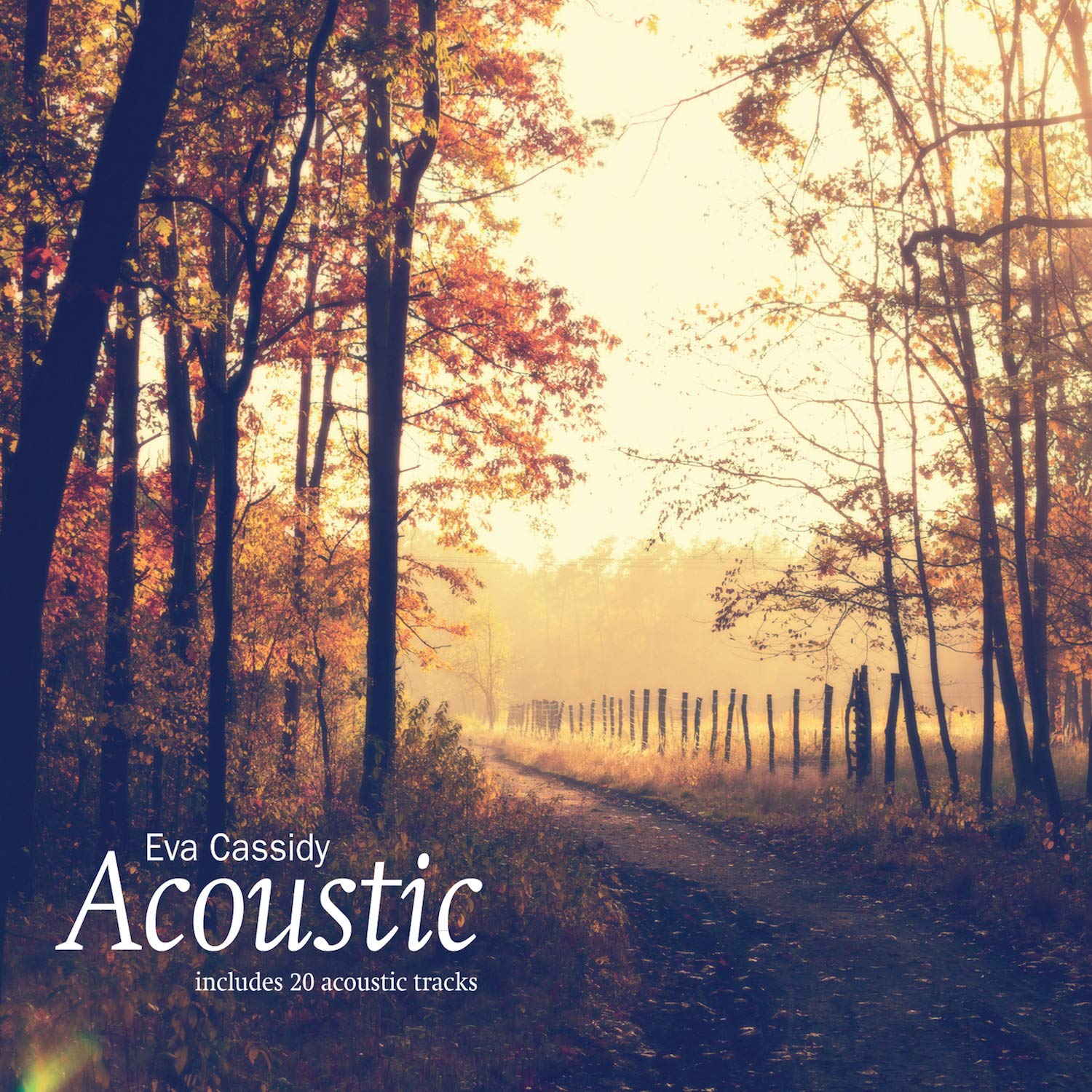 Internationally renowned singer Eva Cassidy, who died from melanoma in 1996 at the age of 33, has been cultivating new fans in the U.S. as her signature rendition of Cyndi Lauper's classic "Time After Time" serves as the soundtrack for Kay Jewelers' national advertising campaign that has been running throughout the holiday season. On January 15, Blix Street Records released ACOUSTIC featuring 20 of Eva Cassidy's best loved acoustic tracks. "Time After Time" will lead off the new collection, which also includes favorites such as her acoustic interpretations of "Wade in the Water," "Kathy's Song," "Autumn Leaves," "American Tune" and "Songbird." 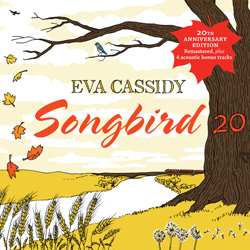 Eva Cassidy's unparalleled posthumous recording career began with the release of the Songbird album in early 1998. 20 years and 5 million sales later, Songbird sits atop Eva's 11 album catalogue, to date; with Eva recently becoming one of only 11 female artists to ever achieve 10 or more UK Gold albums.

Revisited for the first time since release, this special Songbird 20 anniversary edition contains Eva's most popular songs, including Fields of Gold, Over the Rainbow, Songbird, and Autumn Leaves. The ten re-mastered recordings from the original album are joined here by four bonus alternative acoustic Eva solo performances of songs from the Songbird album. These solo performances were first heard on the Simply Eva album, having surfaced long after the original Songbird was released. 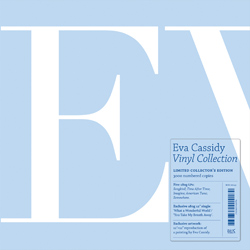 
Plus Exclusive Artwork:
12"x12" reproduction of painting
by Eva Cassidy 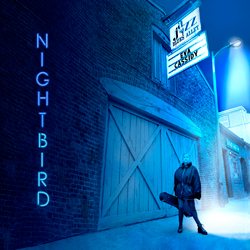 The Blues Alley performances were recorded for what was to become Eva's only solo album released during her lifetime. The original Live At Blues Alley album only included 12 of the 31 songs recorded that night.

Twenty years later, the remastered Nightbird includes all 31 songs, among them 8 unreleased songs performed by Eva. 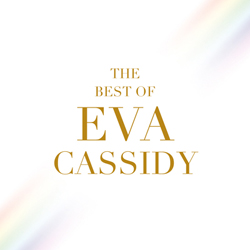 The Best Of Eva Cassidy

On the 17th of September 1996 a young woman, accompanied by a few dozen family and friends, attended her own tribute concert in a small club in the Washington, DC area. Transcending the effects of chemo-therapy and morphine in that moment, the singer abandoned her walker and was helped onto the stage for what would be her final performance, What a Wonderful World. A few weeks later Eva Cassidy passed away, having been diagnosed with melanoma months earlier.

Refusing to bend her music to the industry's conventions and expectations, Eva was known only within the DC area during her lifetime. She left behind one live album, a duet album, and various studio demos and live recordings. In these intervening 16 years, Eva's music has proven timeless and universal. Crossing all boundaries – musical, cultural, geographical – her voice survived and is finding new listeners every day in every corner of the earth.

Released on the eve of what would have been her 50th birthday these twenty performances document Eva Cassidy's musical legacy for the ages. 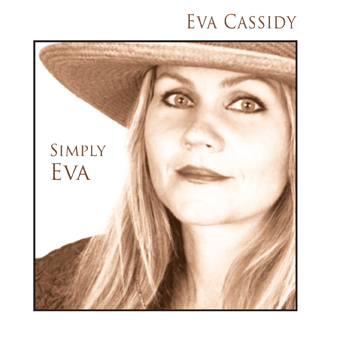 
Ten years after she first topped the British charts you may think you've heard all there is to hear from Eva Cassidy. Think again. You may have heard most of these classic Eva songs before but, as sure as less is more, you have not experienced anything like this collection of previously unreleased Eva-only, guitar/vocal performances. It’s like hearing Eva Cassidy for the first time, again.

In addition to including Eva’s previously unreleased, re-defining version of San Francisco Bay Blues, Simply Eva is the first album to include the Blues Alley guitar/vocal performance of Over The Rainbow embodied in the Rainbow video that triggered Eva Cassidy’s rise to the top of the British Pop Charts in March, 2001. Recorded five years after the 1991 version heard on Songbird, Eva’s fully evolved Rainbow literally redefined this all-time number one popular song (according to a BBC radio poll).

The differences in the performances of the other songs range from folk versions of Wayfaring Stranger and Wade In The Water, to three extra verses in the included version of Paul Simon’s Kathy’s Song, to the more subtle nuances that grace every individual performance.

On a higher level, the overall experience of the first top to bottom Eva-only album transcends specific differences. My personal opinion that less is more in this instance is not meant as criticism of the supporting musical performances contained on previously released Eva Cassidy recordings. It was simply time to focus on the core of Eva Cassidy recordings, namely, the voice of “one of the greatest interpreters of popular song of the last 30 years” (Mojo magazine) and Eva’s superb guitar work which had been a bit lost in the shuffle of other instruments. In doing so, I literally heard Eva for the first time, again. That I was hearing mostly the same songs in a different way actually added to my sense of re-discovery.

The extent to which less is more is obviously an “ear of the beholder” question with answers as varied as listeners and listening circumstances. All musical background components, including Eva’s own sparkling background vocals, serve to draw-in listeners while to some degree splitting listener attention.

Presenting music is similar to the framing of paintings, or the setting of precious stones. The goal is to strike the proper balance between core and background. Eva Cassidy’s music attained broad international acceptance at the dawn of an age of unprecedented competition for the attention of a growing interactive audience. While the goal posts of perception are moving in time, the goal of finding the proper balance remains the same.

Eva Cassidy’s small, but magically productive body of work now serves as a beacon to a new generation of singers exploring the musical giants who have gone before, starting in many instances with Eva herself. For those who would study the music of Eva Cassidy, less is definitely more. For everyone else, whether less is more, or not, Simply Eva provides an opportunity to experience the unadorned music of Eva Cassidy and decide for yourself. 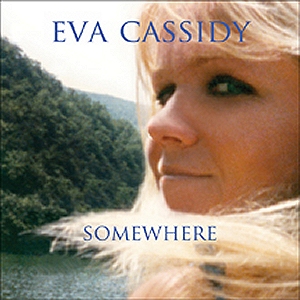 Eva's legend continues with Somewhere, a collection of previously unreleased songs, including two co-written by Eva. “Somewhere” was written with Chris Biondo, and “Early One Morning,” a traditional English folk song, was adapted and set to original music by Eva and Rob Cooper.

There are various sources of material, some newly discovered. Somewhere, perhaps the most diverse Eva album to date, constantly surprises, as Eva Cassidy once again takes us along on her unique musical journey. 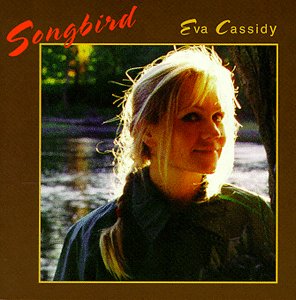 A Platinum Album in the U.S. and Quadruple Platinum in the U.K.
A specially-sequenced introduction to the music of Eva Cassidy, gathered from Live At Blues Alley, Eva By Heart and The Other Side (a duet album with Chuck Brown) 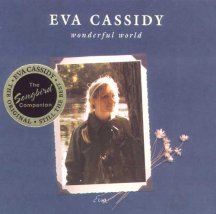 Wonderful World is an anthology of some of the best-loved songs by Eva Cassidy.

Tracks: What A Wonderful World, Kathy's Song, Say Goodbye, Anniversary Song, How Can I Keep From Singing?, You Take My Breath Away, Drowning In the Sea Of Love, Penny To My Name, You've Changed, It Doesn't Matter Anymore, Waly Waly 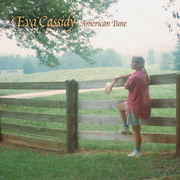 Tracks: Drowning In The Sea Of Love, True Colors, The Water Is Wide, Hallelujah I Love Him So, God Bless The Child, Dark Eyed Molly, American Tune, It Don't Mean A Thing (If It Ain't Got That Swing), Yesterday, You Take My Breath Away 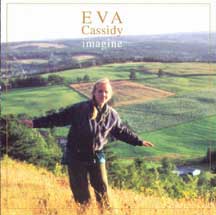 Tracks: It Doesn't Matter Anymore, Fever, Who Knows Where the Time Goes, You've Changed, Imagine, Still Not Ready, Tennessee Waltz, Early Morning Rain, I Can Only Be Me, Danny Boy 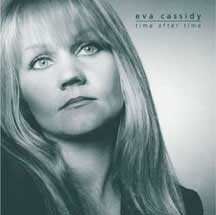 Tracks: Kathy's Song, Ain't No Sunshine, The Letter, At Last, Time After time, Penny To My Name, I Wandered By A Brookside, I Wish I Was A Single Girl Again, Easy Street Dream, Anniversary Song, Woodstock, Way Beyond The Blue 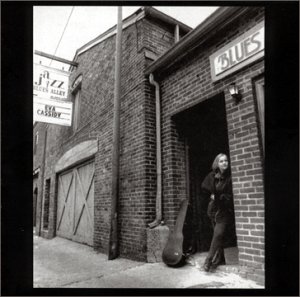 Tracks: Cheek To Cheek, Stormy Monday, Bridge Over Troubled Water, Fine and Mellow, People Get Ready*, Blue Skies, Tall Trees In Georgia, Fields of Gold*, Autumn Leaves*, Honeysuckle Rose, Take Me To The River, What A Wonderful World, Oh Had I A Golden Thread 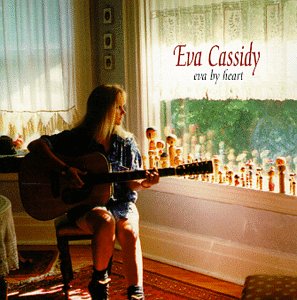 The tracks were recorded in the studio over a period of several years. This album was released posthumously by Eva's family. Five tracks (with an asterisk) are on Songbird..

Tracks: I Know You By Heart,* Time Is A Healer,* Wayfaring Stranger,* Wade In The Water,* Blues In The Night, Songbird,* Need Your Love So Bad (duet with Chuck Brown), Say Goodbye, Nightbird, Waly Waly, How Can I Keep From Singing?