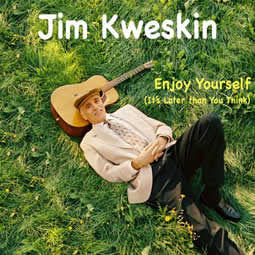 Enjoy Yourself
It's Later Than You Think)

Jim Kweskin -
Enjoy Yourself
(It's Later than You think)

On National Public Radio's Fresh Air, rock historian Ed Ward listed, among the most important bands of the early 60's, the Rolling Stones, the Beatles, the Byrds, "and the Jim Kweskin Jug Band." Ward added: "I'm not kidding."

Listening to the music here, you'll understand why he wasn't kidding. Jim Kweskin continues to perform his vast repertoire of folk, blues, swing, jug band and early standards with his own brand of infectious personal interpretations. His guitar finger picking of songs like Some of These Days and Exactly Like You is recognized by his peers and fans as some of the best there is. His selection of songs is vividly evocative of his many diverse influences such as Louis Jordan, Clancy Hayes, Fats Wallter, Milton Brown, Duke Ellington, Bing Crosby and Pete Seeger.

Backed by the Jim Kweskin Band, a group of extraordinary musicians, this album features four tracks taken from Jim's Now And Again album and three tracks from Samoa Wilson's Live The Life album.

We feel confident that when you listen to this wonderful collection of songs you will certainly "enjoy yourself." 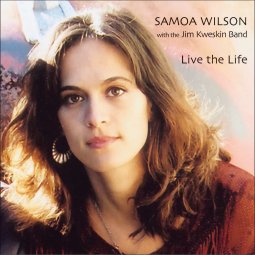 Samoa Wilson
with the Jim Kweskin Band -
Live the Life

After the release of the Now And Again album by the Jim Kweskin Band which featured Samoa Wilson's vocals on four tracks, we received numerous inquiries about Samoa's stunning performances. The next natural step is Samoa's first album, Live The Life, recorded with the Jim Kweskin Band, which includes eight solo Samoa tracks, two duets with Jim Kweskin and two Jim Kweskin Band instrumentals. 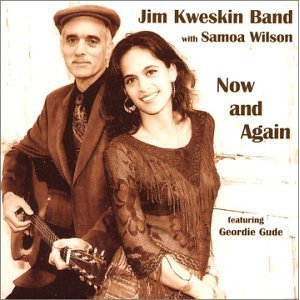 On National Public Radio's Fresh Air, rock historian Ed Ward listed, among the most important bands of the early '60's, the Rolling Stones, the Beatles, the Byrds, "and the Jim Kweskin Jug Band." Ward added: "I'm not kidding." They toured America, headlining concerts with artists like Janis Joplin, Peter Paul & Mary, Linda Ronstadt and The Doors as opening acts. They appeared often on national television and were, by some accounts, "the coolest band of a cool decade."

Fast forward to a new millenium, and the Jim Kweskin Band is a sophisticated, mature group of superb musicians fronted by singer Samoa Wilson. Essentially together since 1997, The Jim Kweskin Band exudes old school bohemianism while playing a mixture of jazz, swing, folk, blues and old-timey music with a contemporary style while, somehow, still keeping the original feel and meaning of the songs.

According to James O'Brien of the Listening Room: "Samoa Wilson (the youngest member), lithe, modern and powerfully gifted in voice, brings a cutting edge vision to the ensemble. There is, conversely, something about her presentation that defies the moment. The effect of the Jim Kweskin Band is one of unhitching from the year and date, a wander through the material that seems slightly psychedelic."